Although a far cry from its Mediterranean counterparts like Nice and Marseille, Paris rewards its millions of visitors with pleasant and mild temperatures all year around. The French capital has the typical western European climate, with summers that aren’t scorchers and winters that aren’t blizzards – ideal for all sightseers! 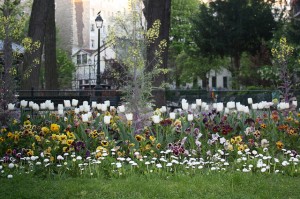 The cold winter weather gives way and temperatures climb into double figures, reaching around 20°C in May. The city responds with the return of its famed café culture; you’ll start to see a lot more people walking, cycling and spilling out of bars and cafés, all appreciating the sunny afternoons. Early spring statistically has the lowest rainfall of all the seasons, but there is still the odd shower so pack an umbrella if you’re out and about. 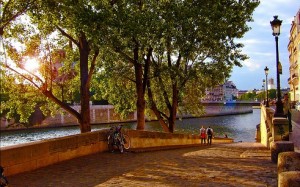 Summer in Paris is when the city comes alive and the parks and gardens blossom. Temperatures are really quite good, staying around 25°C for the whole of July and August and can occasionally more – the perfect temperature to avoid that horrible sticky heat you often experience in cities. The balmy evenings are also good for a summer city break as Paris takes on a festival atmosphere and fine food and wine can be enjoyed on all restaurant terraces. Rainfall levels are moderate but the occasional short sharp downpour can occur. August and September can sometimes have thunderstorms as the heat and humidity builds. 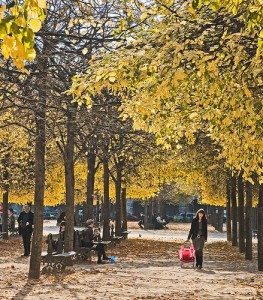 After the summer highs, the temperature in Paris quickly falls to about 10°C in November, while nights are in single figures by late September. It is also a pretty grey time of year, with an average of about three hours a day of sunshine and a fair bit of rain. Despite the cooler temperatures, it can be the ideal time to visit as the city is a lot less crowded with tourists, while the parks and tree-lines avenues are golden. As the weather is a little up and down, it’s probably best to pack a coat and a brolly as well as sunglasses! 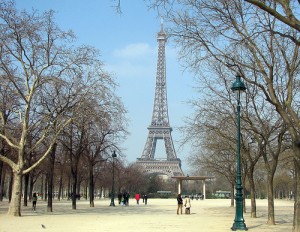 Winters can be described as crisp. January is a particularly cold month with temperatures struggling to get above 5°C. Make sure you bring things to wrap up in as well as waterproof clothes as it’s often pretty drizzly and things can be a little gloomy. December and January see an average of 16 or 17 wet days each and sunshine levels are low, at around two hours per day. Snowfall is rare but the odd flurry will occur once or twice making the city look like a beautiful winter wonderland.

Making the most of Paris’ weather

Despite the slight unpredictability of weather in Paris at times, its mild yearly temperatures and warm summers with the occasional heat wave make for the perfect city break destination. Even if you do pick a particularly rainy weekend, there’s so much to see that’s indoors – from the Louvre to the word-famous Galeries Lafayette department store. If you are in Paris in the spring sunshine, then climb the Eiffel Tower and enjoy the breathtaking panoramic views or take a river boat down the Seine and get a close up of the architecture and the World Heritage sites.