Start the day with a breakfast croissant and coffee at Arnaud Delmontel, the bakery that locals and visitors alike absolutely rave about. The almond croissants come particularly highly recommended. If you like fresh bread, the Arnaud Delmontel baguettes are award-winning and the Renaissance bread instils similar fervour in fans of baked produce.

Next head up to the north-east of the city centre to meet a ‘Greeter’, a local resident who will show you around a neighbourhood free of charge. It’s one of the best ways to find out about how real Parisians live. Greeters will typically take you to their favourite places in the city and give you insider tips on where to go and what to do, depending on your interests. It’s like having a friend showing you around for a couple of hours, and you’ll appreciate the contact with Parisians going about their daily lives. Make sure you book a Greeter meeting well in advance of your trip.

After experiencing a slice of Paris life, take in a couple of the city’s most famous museums back in the centre of town. The Musée du Louvre is one of the most iconic, housed in the Louvre Palace on the bank of the Seine, and is home to huge collections of art, sculptures and ancient antiquities. The building was originally a fortress in the 12th century, and was later transformed into a Royal residence and notable Renaissance palace. The 380,000 objects displayed in the museum today cover an area of more than 60,000 square metres. With contents of such global importance and historical fame, such as Leonardo do Vinci’s Mona Lisa painting, the Louvre is said to be the most visited museum in the world.

On the opposite side of the river is the Musée d’Orsay, filled with French art inside an old railway station that was first constructed more than a century ago, although the museum only opened in 1986. The museum’s collection includes the works by some of the most globally recognised artists, including dozens of paintings by Édouard Manet, Paul Cézanne, Claude Monet and Pierre-Auguste Renoir. The six bronze sculptures outside the museum date back to the 1878 Paris World Fair.

If you fancy a stroll along the riverside, take a half-hour walk from the Musée d’Orsay to the Arab World Institute on Rue des Fossés Saint-Bernard, widely hailed for its innovative architecture. This incorporates photo-sensitive apertures that open and close in response to the sun, ensuring the optimal amount of light and heat enters the building. The Arab World Institute itself was founded in 1980 to promote cooperation and exchange between France and the Arab world, and visitors can go in to enjoy visiting art exhibitions as well as music and theatre performances.

Head over to Les Halles, the historic market area of Paris, for a spot of lunch. In fact, the market itself was demolished in the 1970s, replaced instead by a modern shopping centre with an open-air courtyard with gardens and sculptures. The Les Halles area also found a recent claim to fame in Disney’s Ratatouille film, which featured the real life Aurouze pest control shop on rue des Halles, complete with rats hanging in the window and severe signage about ‘Destruction of Nuisance Animals’. It’s worth walking past for the novelty value, but carry on to Au Pied de Cochon for lunch, a 24-hour restaurant that’s been going since the 1940s. Back when it first opened its primary function was ‘to serve gentlemen coffee’. Nowadays, everyone is welcome and the restaurant’s repertoire has expanded, now specialising in all things pork. There are dishes and platters to suit every taste.

André Citroën Park, the site of the former Citroën car manufacturing plant, is home to another experience helping you get new perspectives on Paris. The Ballon Air de Paris rises to 150 metres high, giving stunning views of the Eiffel Tower, the Seine and other Paris landmarks. The organisers also check the air quality every time they ascend, so you’ll have a first-hand experience of science in action too.

Head over to the area around Rue de Grenelle spanning the 6th and 7th arrondissements to pick up some of those French foodie items you can’t get elsewhere in the world. Barthélémy cheese shop on rue de Grenelle is widely hailed as one of the best in town, with cheeses personally sourced from across France by the owner. Any cheese purchased comes complete with face-saving odourless bags to aid your journey back home. Chocolatier Michel Chaudun’s shop is not too far away on Rue de l’Université and some of the finest hand-crafted chocolates can be found here. Fauchon on Rue de Sevres now has global outlets, but the quality is high and you can get everything from foie gras to macaroons. 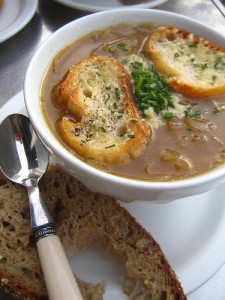 Before dinner, go to the elegant and ever-popular L’Esplanade wine bar on Rue de Grenelle (on the corner with Rue Fabert). It can get busy but you’ll appreciate the selection of wines on offer. Afterwards, head over to La Petite Chaise, the oldest restaurant in Paris dating back to 1680. The food is as homely and traditional as the interior, with French favourites such as French onion soup, Bergundy snails with garlic butter and aniseed and fresh goat’s cheese on toast. The assiette of cheeses for dessert is a popular choice too. Food is available a la carte or a 3-course prix fixe menu costs a very reasonable 34€.