True to its location, Rome is the epitome of a Mediterranean climate. From May onwards, the city’s locals take advantage of the beautiful weather by dining al fresco, hitting the beach and spilling out on to the numerous piazzas with a cool cocktail in hand. Boasting hot summers and mild winters, Rome truly is the ideal sightseeing city, so check out our seasonal guide to work out what to pack when and how to make the most of the weather, rain or shine. 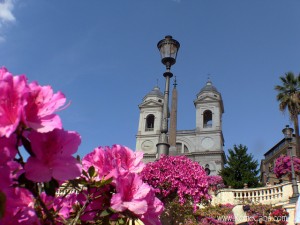 The mood in Rome changes with the arrival of spring and the excited anticipation of summer is in the air. April sees glorious clear skies and stable weather and by May, rain is almost a thing of the past. The average temperature increases gradually throughout the season and by May it stands at around 20°C, so make sure you pack a few lighter clothing options. It is probably the best time to visit Rome as the heat is much more bearable than in July and August and there is no shortage of things to celebrate. As well as Holy Week and Easter tourists can take advantage of the Cultural Heritage Week, whereby several magnificent state-owned museums are free. 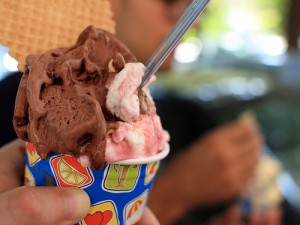 Romans love the sun and so the city itself is one big festival during the summer. Throughout June and July lots of bar and restaurant seating is set up along the river banks. Enjoying the balmy evenings, locals sprawl along the banks every night of the week, sipping cocktails, eating meals, listening to live music and shopping at art stands. Be warned though, until early September, the city is characterised by stifling heat and it’s not uncommon for locals to escape to the coast throughout the whole of August. Temperatures generally stay in the mid to high 20s, so pack sun cream and light, loose clothing. 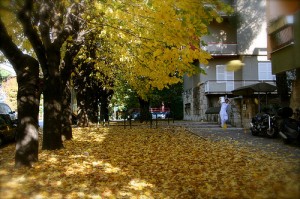 Autumn is the wettest season of the year but the weather in general is still extremely pleasant compared to northern Europe. October sees average temperatures of 20°C while during November they hover in the mid-teens. Nocturnal temperatures however drop suddenly in late October to under 10°C, so make sure you bring a coat if heading out for dinner. Autumn is the olive and grape harvesting season which means it’s the perfect time to explore the countryside of Rome as well as trying some of the famous Italian cuisine at the numerous wine and olive festivals. 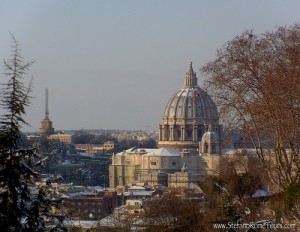 In general, winters in Rome are pretty cool and rainy. From December to February the average temperature stands at 9°C so pack a coat and warm clothing. January is the coldest month of the year when temperatures can drop to around 3°C but, in general, snowfall and sub-zero temperatures are pretty rare. The festive period is a great time to visit Rome as the city is covered in pretty decorative lights, detailed nativity scenes and markets full of sweets and toys. Piazza Navona has been home to an impressive Christmas market for centuries and it’s the best place to find traditional Roman cakes such as ‘pannetone’.

Making the most of Rome’s weather

The summer months are a perfect opportunity to discover all of Rome’s famous fountains. Water fountains play an important role in life in Italy, and you’ll find literally hundreds of fountains of all shapes and sizes all around the city. So dip your feet in, cool off and take a few holiday snaps. Italy is the undisputed champion of ice-cream or ‘gelato’. So enjoy a scoop or two at one of Rome’s delicious ice-cream parlours – a particularly famous one is Il Gelato di San Crispino whose flavours change with the seasons.

If the weather takes a turn for the worse, seek shelter in a café and have a frothy coffee or an Italian pastry. Alternatively, soak up some culture by checking out the Renaissance art in Galleria Borghese or by getting a tour of the Vatican City and its world-famous museums.

Whatever the weather, there really is so much on offer in Rome that a great city break is guaranteed.